Funny thing of the day: You guys have to hear this! It’s hilarious! 😛 The other night I was telling Daddy about NaNoWriMo stuff, and he was listening (maybe) even though I don’t think he cared about it much! 🙂 (he’s good like that! ;)) and then he said, “with your Wrimo Nemo stuff” XD hahaha! I thought that was hilarious! 😛 😉 XD Maybe that was just me, but Wrimo Nemo is so funny! 😛 I’m going to have to call it that sometime in the future! XD

Hello everybody! I know- it has been one ENTIRE MONTH since I’ve posted on here. I’m super sorry about that. I thought my ‘comeback’ post would be probably an update about the animals- or something else, but NO! It’s just another “usual” random post! 😛 Here ya go:

DAYS YOU SHOULD REMEMBER:

One of the classic comfort foods earns a place of honor on July 14. It is National Mac and Cheese Day! Made with macaroni noodles, cream or milk, and the golden goodness of cheese, mac and cheese shines as a side dish but can stand on its own as a main dish as well.
NATIONAL DOG DAY

National Dog Day is observed annually on August 26th. This day encourages dog ownership of all breeds, mixed and pure, and embraces the opportunity for all dogs to live a happy, safe and abuse-free life. Dogs give us companionship; they keep us safe, and they aid those in need.

National Border Collie Day is for us to remember all the good that those herding dogs have done for us. October 15th. If your goats got out and there was no Border Collie to bring them back in, then YIKES! Border Collies are the smartest breed of Dogs in the world. They deserve a day of their own. TO THE BORDER COLLIES!! (Yes, I just made that up, someone had to!)
You know, there is a mothers day, a fathers day, and a parents and GRANDPARENTS DAY! But NOT a ..wait…WAIT!!!! WHAAT!? AHH!!!
NOVEMBER 20th IS UNIVERSAL CHILDREN’S DAY!!!!! This is GREAT!!! OOH! Here is another for you:
NATIONAL AUNT AND UNCLE DAY: July 26th! Aunts and Uncles are so cool, don’t you guys think? I really want to be an Auntie when I’m older. 🙂 Good thing I have two older sisters! 😉 😀 Haha! And I’m already an Auntie to my sister’s dog, Guiney! 🙂 Hehe! XD Uncles are really cool too, but I’m not a boy, so I don’t really want to be an uncle! 😀 My aunts and uncles are neat! 🙂
Friday, June 2

Ooh, that’s a good one! 😉 May 24th is national brother day- in case you were wondering. Not that that’s important to me- since I’m brotherless! 😛
October 20th (COMING UP) is National Writing day!
Okay, enough about all that! 🙂 Here is some random stuff:
For you who don’t know, GRACE IS PRESIDENT!!!! WHOO!! 🙂 I’m sad that Megan isn’t President, but I still want to thank ALL of you for voting for her and giving her a good chance! She made it to the second round, and that in itself is pretty cool! 🙂 She did great, even if she didn’t win! 🙂 But Grace is president of the blogging world now! 🙂 YAY! She’s a good blogging friend of mine! 😉 Even if she doesn’t think of me as a blogging friend, she’s one of the first on the list for me! 🙂 Of course so are Megan, Allison, Misty, Clara, and a lot of others! 🙂 Thanks everyone! 🙂
Meanwhile, Wordcrafters is STILL going on here: https://afarmgirlslife.wordpress.com/wordcrafters-1/wordcrafters-2/ Megan was the last one to do it! 🙂 😉 Her part was great!
I can’t believe that there isn’t a national tooth day!!!

You should watch them. 😉 Haha!

NANOWRIMO IS SO SOON!! LIKE I AM SO EXCITED FOR IT! (Yes, I’m typing this with a serious, straight face. 😛 XD haha! ) I am pretty excited for it, though! 😉 I’m just nervous too!! I’m not sure how I can possibly get that much written, and there’s not a WHOLE lot that happens in my book- so I’m not sure if it will even be able to BE that long… erg. Does anyone know if you’re allowed to edit after you’re done- IF you get done before November is over? Like…add in parts to make it longer?? Or not… 😛

For you who don’t know, they are making a NEW YWP NANOWRIMO SITE!!!! EEK!! If you don’t know what NaNoWriMo is, then go to this link: http://ywp.nanowrimo.org/

If you want to be my writing buddy on NaNo, then here: http://ywp.nanowrimo.org/user/1484618  That’s me! I LOOOVE writing buddies! But since we have to make new thingies after the new website it finished, then you should probably wait until then.

😉 I think my novel will be called ‘Missing Pieces.” Or possibly “Fitting pieces” Which one do you think is better?

Well, I suppose I should bring this long rambling post of nothingness to a close! 😉 😀 Wow! Not even 900 words LONG yet! :O 😀 And I’m working on an Animal updates post too- by the way! I’ve also got another random post in mind that I should do soon! 😀 Here’s a sneak-peek: American Volleyball Coaches Association and…puppies?

P.S. I hope someone sees this, even though I haven’t posted on here in forever…

42 thoughts on “Days you should know about, NaNoWriMo, Silly Songs… yeah.” 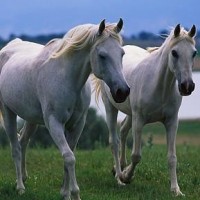